‹ Back to the listing

"The Virus Makes The Timeline" 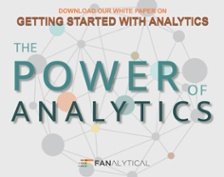 Fanalytical performed several different analyses for the institution's athletic association, one of which was identifying donors who were at risk of churning, or failing to renew their donations. The purpose was to more effectively utilize resources to help persuade donors to continue to retain their benefits associated with their booster giving level  and secure necessary resources for the athletics program.

For this analysis, Fanalytical utilized the principles of LYBUNTS analysis, finding former donors who had not renewed their donation for the past year. Unfamiliar with the term? LYBUNTS is an acronym for “Last Year, But Unfortunately Not This Year.” Fanalytical's proprietary machine learning algorithm enabled the athletic association to explore the relationship between sustained giving levels and hundreds of data points on each donor.

The analysis involved two segments that separated the lower tier donor groups and the higher tier groups. The two segments have their own model to identify donors in those tiers at-risk of churning. Each of these segments has different factors that drive their respective models.

Put Your Data to Work for Your Booster Club

Fanalytical’s analysis is driven by predictive modeling, which helped identify donors at-risk of lapsing on their gift. While the athletic association could have certainly eventually called these individuals, Fanalytical took out the guesswork and provided specific information that helped make the contact process more efficient.

The data revealed an interesting insight: the amount of the gift wasn’t a factor; it was the timing or recency of the gift. With this insight, the athletic association was able to adjust a mid-year campaign message from the traditional ‘renew at your previous amount’ to a message requesting a low-level of support for a specific cause. Gaining a small gift of $25 or $50 toward a targeted campaign establishes the rhythm of giving and ensures ‘share of mind’ in the donor’s philanthropic priorities. Thus, when the established year-end annual campaign was executed, these donors readily recalled their commitment to the program and renewed it at a higher level than those who had not made an incremental gift mid-year.

In helping the athletic association identify and target at-risk gift-givers, Fanalytical showed the effectiveness of their analytics, in addition to the efficiency benefits of their service. By cutting down the time, fiscal, and human resources needed to create contact lists, programs are able to invest those resources in other endeavors.